On The Impact of Spatial Heterogeneous Permeability Distributions on the Development of Free Convection Cells in the Perth Basin, Australia 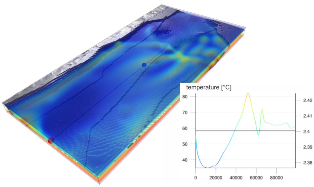